The Hampton Trust was founded in 1996 to deliver domestic violence prevention programmes to perpetrators within the criminal justice system. For ten years we worked alongside Hampshire police and probation staff delivering programmes for all court mandated referrals.

From 2006 we expanded our services to include community-based interventions. We developed award-winning programmes such as ADAPT (Accredited Domestic Abuse Prevention Training) to work with adult perpetrators and the acclaimed LINX model to work with young people who had experienced domestic abuse and were committing violent crimes. Confronting violence at a community level means we are challenging these cyclical behaviour patterns head on rather than simply dealing with their consequences.

In 2011, we returned to our criminal justice roots in the form of Project CARA (Caution and Relationship Abuse); domestic abuse awareness raising workshops were delivered to offenders as a conditional caution. We worked closely with Hampshire Constabulary and Cambridge University’s Institute of Criminology to deliver CARA under randomised control trial conditions. CARA is a national and international first for testing this approach.

We continue to contribute to testing new approaches in criminal justice responses via our adapted LINX programme delivered under Project Gateway and designed to transform the treatment of 18 to 24-year old’s entering police custody. We are currently developing interventions for female offenders using a trauma informed approach.

As part of White Ribbon Day (25 November) and the 16 days of action that follow, The Hampton Trust has been travelling far and wide putting on events to raise awareness of violence and abuse against women. The charity, based in Hampshire but branching out across the South, have been travelling as far South as […]

BBC South Today News featured Tracy (Deputy CEO) and Cindy (DA Services Manager) setting up for an ADAPT session. They interviewed an ex-service user/mentor, and talked to Tracy about the ADAPT programme and the amazing work of The Hampton Trust. 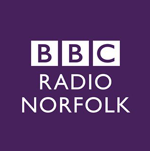 Our CARA Regional Manager, Caroline Freeman was interviewed on BBC Radio Norfolk today about the launch of CARA. Please listen to the clip. Caroline features approximately 1 hour and 18 minutes into the interview.

An innovative pilot-project aimed at breaking the cycle of domestic abuse by educating offenders about the effect and consequences of their actions is to be piloted in Norfolk. The two-year initiative – funded by the county’s Police and Crime Commissioner Lorne Green – will see low level first-time perpetrators placed on an intervention course to […] 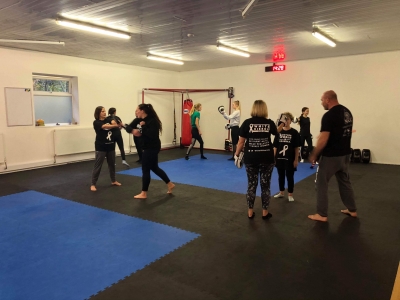 TWO community groups partnered up to host a self-defence class that aimed to raise awareness of domestic abuse against women. Martial arts centre MKG Southampton and abuse rehabilitation charity The Hampton Trust advised twelve women and teenage girls from Southampton on how to become more aware, as well as how to use breakaway techniques and […]

A charity Chief Executive was awarded the Women and Home Changing our Country Award. Chantal Hughes was recognised by Women and Home for her dedication to improving the lives of women and children in the UK through her work as a CEO of The Hampton Trust. The Women and home awards celebrated women making a […] 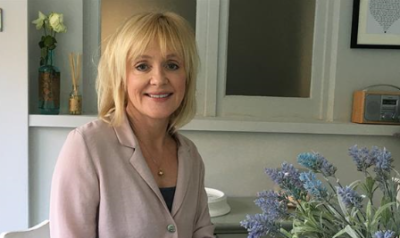 Letting charities determine how to allocate funds and deliver services effectively is the difference between a charity thriving or closing its doors. Working in the third sector in the current financial climate is tough, with many charities struggling to secure funding to pay for their core resources. I have worked in the charity sector for […]

2nd October 2019 – Southern Daily Echo Article – THE CEO of a Southampton abuse support charity has been recognised at the Women and Home awards.

THE CEO of a Southampton abuse support charity has been recognised at the Women and Home awards. Chantal Hughes from The Hampton Trust was awarded the Woman and Home Changing Our Country award for her dedication to improving the lives of women and children in the UK. Nine women were presented awards alongside Chantal by […] 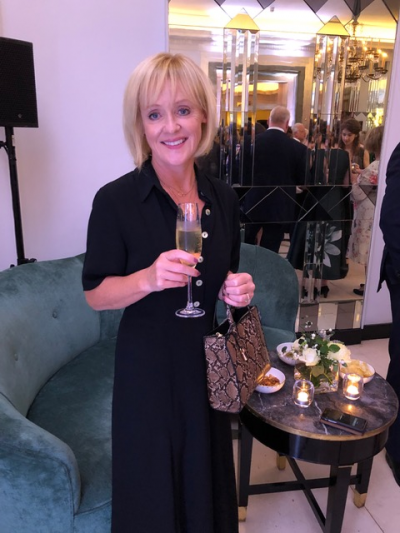 We are extremely proud to announce that Chantal Hughes, CEO for The Hampton Trust has received the 2019 Amazing Women Award courtesy of Women & Home Magazine for the Changing our Country category. Chantal has been recognised for dedicating time to make our lives – and the lives of your children better. The glittery ceremony […] 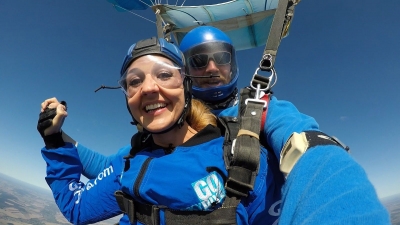 Together we raised £1016 to help The Hampton Trust break the cycle of abuse! To all the heroes who donated to this cause, The Hampton Trust and myself are incredibly grateful and humbled by your support and kindness! Thanks to all of you, we managed to exceed the goal of raising £1000 for The Hampton […]

Dorset Police have partnered with domestic abuse charity The Hampton Trust to launch an innovative new programme which will tackle violence and abuse throughout Dorset. Domestic Abuse accounts for 10% of all recorded crimes in the UK, a trend supported by Dorset Police data which shows the number of domestic crimes increasing year on year. […]